Posted by Allyson at 3:13 PM No comments:

Peace Vigil for Light and Love from TapintoWestfield article 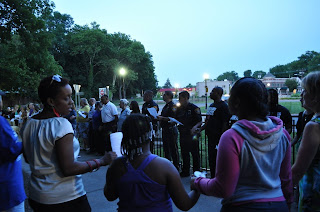 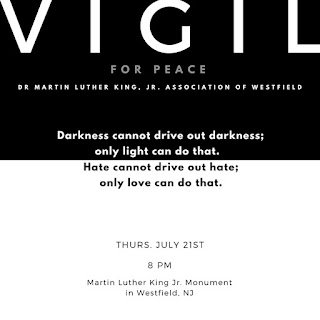 Posted by Allyson at 1:23 PM No comments:

Posted by Allyson at 9:16 PM No comments:

Posted by Allyson at 8:00 PM No comments: 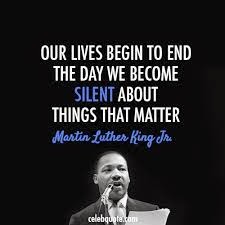 Posted by Allyson at 7:23 PM No comments: 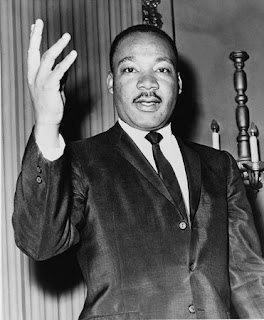 An annual pancake breakfast will start the day at the Westfield Community Center. For more information or to purchase tickets, click here.

Westfield public schools will hold a four-hour session on Monday, Jan. 21. While typically students are off for the holiday, due to days missed in the wake of Superstorm Sandy, schools will be open but will end in time for all to attend a commemoration service honoring King.

A march from the Martin Luther King Jr. monument on the South Avenue/East Broad Street circle will begin at 12:15 p.m. The procession will lead to the Interfaith Commemorative Service in honor of King to be held at 1 p.m. at the First Congregational Church, located at 125 Elmer St.

The service is organized by the Dr. Martin Luther King Jr. Association of Westfield, a group of community and religious leaders who organized in 1987 so that Westfielders could collectively celebrate the life of Martin Luther King, Jr. The first service took place at Bethel Baptist Church on January 18th, 1988, according to the association's Facebook page.

Once again, the association is holding a school art, poetry and essay contest. Winners will be announced and presented with their prizes during the program.

New this year will be a panel discussion in which members of the community will discuss the theme "The Power of Unity." Panelists include: Westfield resident Rev. Ronald Allen of Pilgrim Baptist Church in Summit, Rabbi Douglas Sagal of Temple Emanu-El, Margaret Dolan, Westfield superintendent of schools, Reid Edles, captain of the Westfield Volunteer Rescue Squad, Town Council member David Haas, and Westfield resident Norward Harris.

"I am honored to have been invited as one of the speakers on the panel at the 26th Annual Commemorative Service hosted by the Martin Luther King, Jr. Association of Westfield," said Dolan. "This event in itself is an example of unity. People of all ages in this community gather to recall the eloquent and powerful words of Dr. Martin Luther King, Jr. and his principles of non-violence. I look forward to this yearly event which also features theme-based written and illustrative works of our students."
Posted by Home Video Studio-Westfield, NJ at 1:10 PM No comments: 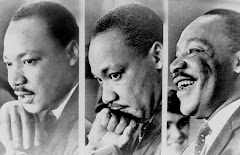 Martin Luther King, Jr. (January 15, 1929 – April 4, 1968) was an American clergyman, activist and prominent leader in the African-American civil rights movement. His main legacy was to secure progress on civil rights in the United States, and he has become a human rights icon: King is recognized as a martyr by two Christian churches. A Baptist minister, King became a civil rights activist early in his career. He led the 1955 Montgomery Bus Boycott and helped found the Southern Christian Leadership Conference in 1957, serving as its first president. King's efforts led to the 1963 March on Washington, where King delivered his "I Have a Dream" speech. There, he raised public consciousness of the civil rights movement and established himself as one of the greatest orators in U.S. history.

In 1964, King became the youngest person to receive the Nobel Peace Prize for his work to end racial segregation and racial discrimination through civil disobedience and other non-violent means. By the time of his death in 1968, he had refocused his efforts on ending poverty and opposing the Vietnam War, both from a religious perspective. King was assassinated on April 4, 1968, in Memphis, Tennessee. He was posthumously awarded the Presidential Medal of Freedom in 1977 and Congressional Gold Medal in 2004; Martin Luther King, Jr. Day was established as a U.S. national holiday in 1986.